FRIDAY FUNNY - NEVER CHOKE AT A RESTAURANT IN THE SOUTH 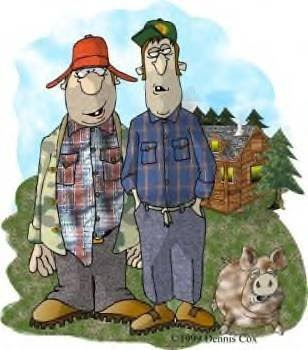 Two hillbillies walk into a restaurant. While having a bite to eat, they talk about their moonshine operation.

Suddenly, a woman at a nearby table, who is eating a sandwich, begins to cough. After a minute or so, it becomes apparent that she is in real distress.

One of the hillbillies looks at her and says, "Kin ya swallar?" The woman shakes her head no.

Then he asks, "Kin ya breathe?" The woman begins to turn blue and shakes her head no.

The hillbilly walks over to the woman, lifts up her dress, yanks down her drawers and quickly gives her right butt cheek a lick with his tongue. The woman is so shocked that she has a violent spasm and the obstruction flies out of her mouth.

As she begins to breathe again, the Hillbilly walks slowly back to his table. His partner says, "Ya know, I heerd of that there 'Hind Lick Maneuver' but I ain't niver seed nobody do it!" 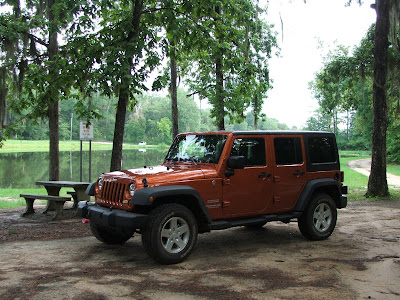 I didn't post it at first because... I wasn't on my motorcycle. What the hell, these ARE my wheels these days, so... here ya go Bobskoot!

How 'bout a nice action shot! 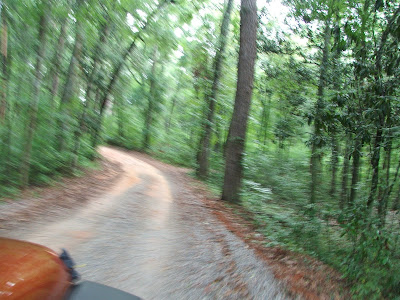 I'm really enjoying this new addition... I think everybody should have one!

Harley's still on the mend and we needed new lottery tickets, so we loaded up the puppies and explored some back roads in the Jeep Saturday while we made our way to the Florida and Georgia State lines.

We found this hidden little treasure buried deep in the most South East corner of the state on Hwy. 95, where Alabama, Georgia and Florida touch. 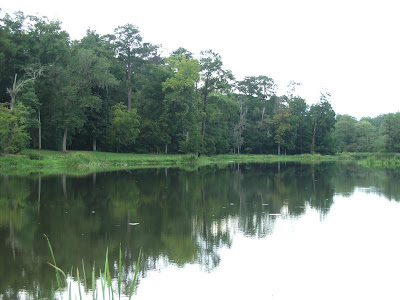 It's not a very big park and you have to drive almost a mile along a small dirt path to get back to it, but when you do... 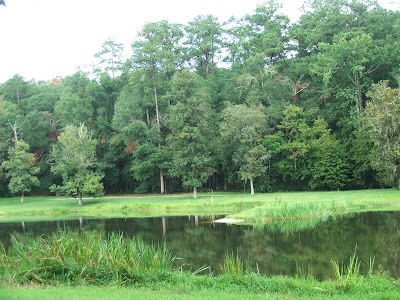 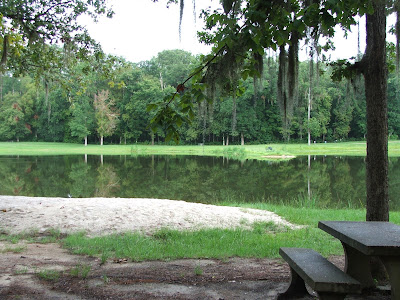 It was amazingly peaceful and quiet and I couldn't figure out why this place wasn't crowded, when I suddenly realized I was being attacked! It seems like swarms of mosquitoes were upon us in no time! No wonder it seems empty... the blood suckers have eaten all the people! 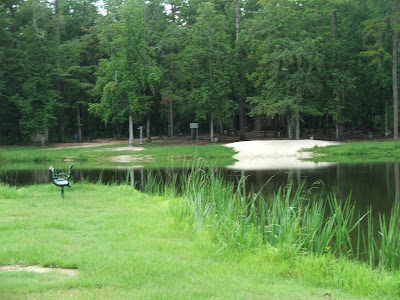 Look... you could even have your own personal beach front campsite! What else could a girl want?

In spite of the fact that you need one giant can of "Off"... this place was beautiful.

"Rolling Thunder began in 1987 as a demonstration to bring awareness to the plight of prisoners of war (POW) and to those missing in action (MIA). Rolling Thunder originated when four Vietnam Veterans, exercising the First Amendment "Right to Petition and Assemble", organized the first group of 2500 motorcycles to ride through the streets of Washington, DC. This first Rolling Thunder run was made in an attempt to petition the government to take responsibility for the soldiers that were abandoned after the Vietnam War ended. 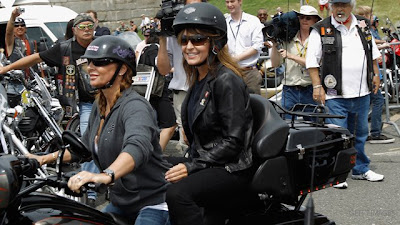 The First Lady was there too... 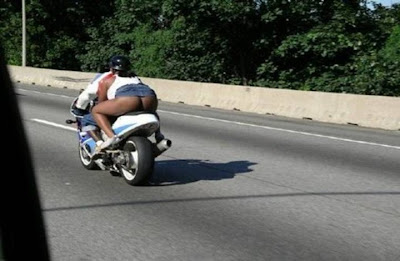 I know this blog is about motorcycles and riding, but today it's about trucks. I wanted to announce the arrival of our newest family member, but I felt like I needed to honor and old friend.

Saying goodbye is tough... especially when that old friend served you well and never let you down. 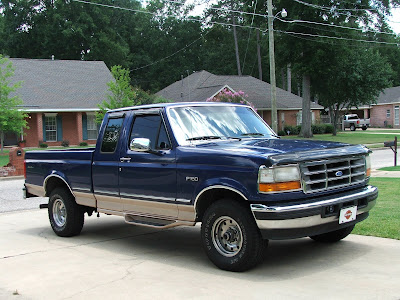 (This is where you can bow your heads for a moment of silence.) Amen!

Say hello to my new baby... 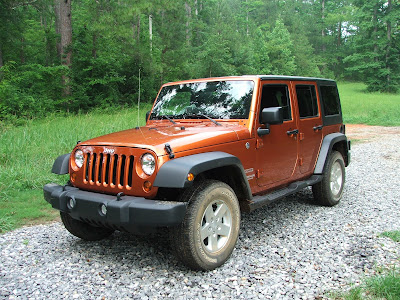 They call this "Mango Tango", but it kind of reminds me of another brand I like.

This hard top will be great during the colder months, but we've ordered a soft top for it as well. I certainly plan to check this bad boy out... topless. I can't wait!

PIC OF THE WEEK - COMFORT ROAD

You've heard of comfort foods before? You know... the foods that make us feel emotionally better upon consumption? Well... how about a comfort road? Ya know what... I do believe it can. Have a great week everybody! 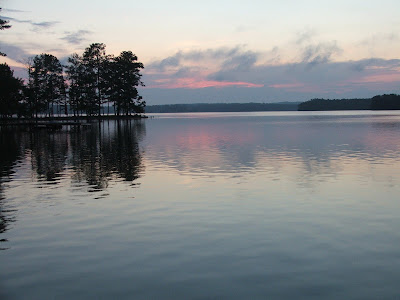 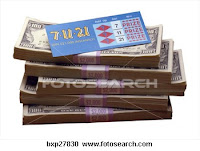 A husband says to his wife, "What would you do if I won Lotto?"

She says, "I'd take my half of the money and leave you."

PIC OF THE WEEK - THE BOYS FROM FORT PAYNE

Last year, Harley and I spent our 4th of July vacation up around Ft. Payne riding around in north Alabama, home of the county music group... "Alabama". I'm not much of a country music fan, but we did experience a three year stretch early in our marriage when we were hit with the "twang and swoon" stick and listened to a lot of country music... Alabama being one of our favorite groups. You can imagine my delight when I got to have my picture taken with Randy and the boys!

THE BOYS FROM FORT PAYNE 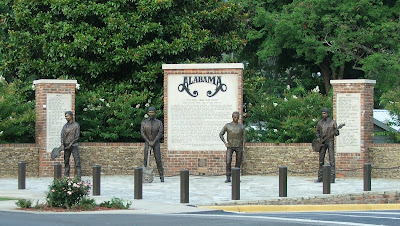 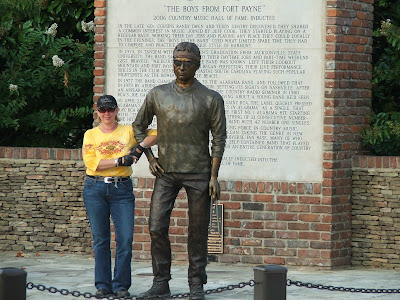 Here's me... hanging out with the drummer. I think his name was Mark. He was a little stiff, but still a really nice fella!

FRIDAY FUNNY - HOW TO IDENTIFY A METH LAB

HOW TO IDENTIFY A METH LAB...

A Law Enforcement Officer I know has been approached by several people lately wanting to know how to identify a Meth Lab.

Below are pictures of four Labs. I think it's pretty obvious which one is the Meth Lab. 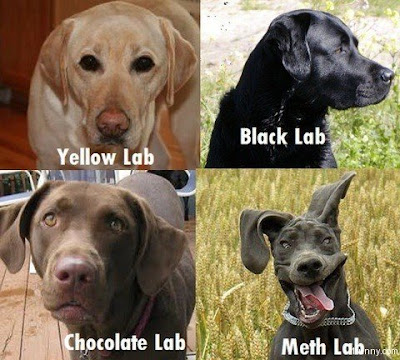 I found this beauty while surfing the web and just had to share it with ya. 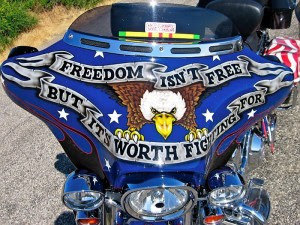 Fred Rivera and his 2003 Electra Glide “Screaming Eagle” Harley-Davidson is a rolling tribute, showing his support to the men and women in uniform. 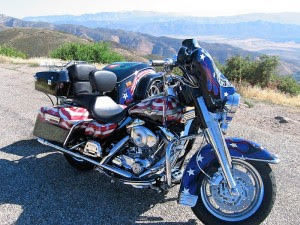 He explains every part of his paint job on the Bushtec Connect web site in a guest post. Pretty cool bike... go check it out here.

Hope you're having a safe and exciting Independence Day! Have a nice week everybody!

A father and son went hunting together for the first time. The father said, "Stay here and be very QUIET. I'll be across the field." An hour later, the father heard a bloodcurdling scream and ran back to his son. 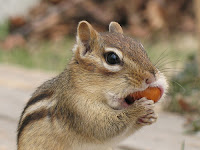 "But when the two chipmunks crawled up my pant legs and said, 'Should we eat them here or take them with us?' Well, I guess I just panicked!"
Posted by Lady R (Di) at 6:00 AM 2 comments: