I'm sorry I didn't post my Friday Funny... nor did I get a decent post prepared for this morning either. I've had a very busy weekend.  Rewarding... but busy.

I know some of you are still waiting for the weather to cooperate in your area and well... I just thought I'd share one of my favorite pics to help you with your Monday daydreams.

After all... isn't that what Mondays are for?

I know... I'd rather be there right now, too.  I hope you didn't slobber on your monitor too badly.  Just get a paper towel and it will be alright. 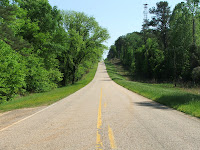 I'm really enjoying our Spring riding these days. Every corner you turn, or hill you top, delivers another delightful view of our Southern landscape.  Not to mention the great weather!

Fields of color open up before you like spilled paint on a canvas.  My eyes are constantly shifting from the road to the fields, trying to take it all in. 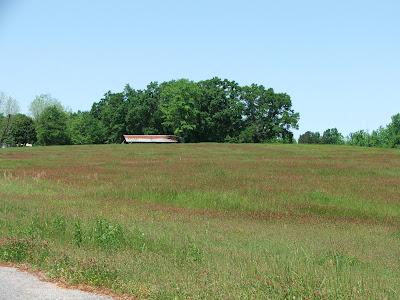 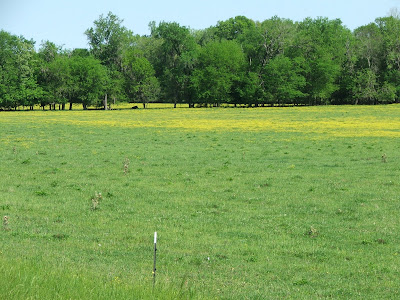 Borders of yellow and red line the roadways with clover and other wild flowers. 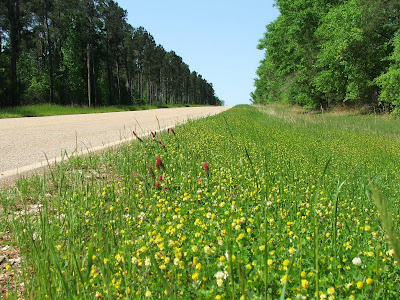 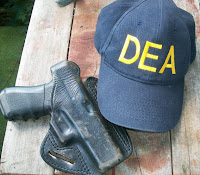 A DEA Agent stopped at a ranch in Texas and talked to an old rancher. He told the rancher, "I need to inspect your ranch for illegally grown drugs."

The rancher said, "Okay, but don't go into that field over there," as he pointed out the location.

The DEA Agent verbally exploded and said, "Look mister... I have the authority of the federal government with me!"  Reaching into his rear back pocket, the arrogant officer removed his badge and proudly displayed it to the rancher.

"See this badge?! This badge means I can go wherever I want... on any land! No questions asked, no answers given! Do you understand old man?!"

The rancher kindly nodded, apologized, and went about his chores. Moments later the rancher heard loud screams.  He looked up and saw the DEA agent running for his life, being chased by the rancher's big Santa Gertrudis Bull. With every step the bull was gaining ground on the officer, and it was likely that he'd sure enough get gored before he reached safety. The officer was clearly terrified.

The old rancher threw down his tools, ran as fast as he could to the fence and yelled at the top of his lungs...... 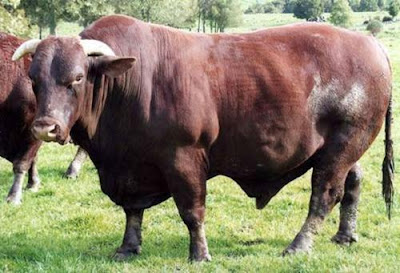 I realize that I'm a little late on joining this competition, but the deadline isn't until Monday... so here goes.

Gary over at Flies in your teeth started this and has asked fellow riders to post a picture of their motorcycle parked in a really cool place. While looking through my stash to see which pic I would use, I decided I liked this one with the Ol' Girl.
This was during the Fall, a couple years ago. Auburn was playing a game that day as I was flying my fan flag.

I'm really enjoy the "Boy" now, but I'd be lying if I told you I didn't really miss my Ol' Girl.  She and I rode through a lot of stuff together, but I still think of her often and hope she's doing well under her new master.

I would also like to take this time to plug Gary's awesome new book, "France In America".  Here's his video about it...

I'm very blessed to have received one of these amazing books and I want to encourage you all to seek one out for yourself.  I enjoyed following Gary on his adventure while he was here in the states, and it's extra cool to look at the book and relive his journey with him again.

Hope you have a nice weekend... get out and ride!

Being on one of our favorite riding roads, Harley and I often stop at this little bridge to stretch our legs.  It's a nice quiet highway and I love to stand still for a moment and listen to the water, the birds, an occasional bee buzzing past.
For some reason, I'm drawn to water and love how it relaxes me.
This past Saturday we stopped here, and when I walked across the road to look over the edge of the bridge embankment, I saw this really big weird looking plant. 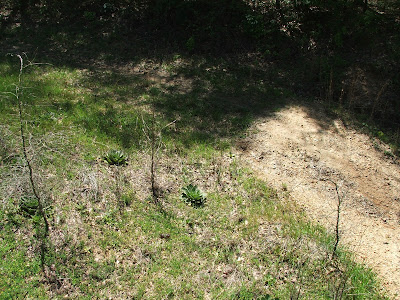 It kind of looks like a giant Violet or Aloe.  I tried to zoom in on it and I don't think it's aloe... the leaves don't look plump enough for that.

I pose this question to my readers out there.

Can you name that plant?
I hope you all had a great weekend!  After logging in 325 miles on Friday and another 200 for Saturday... I'd say my weekend was absolutely awesome!

Lawyers should never ask a Southern grandma a question... if they aren't prepared for the answer. 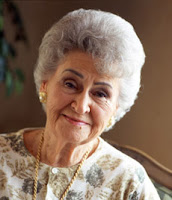 In a trial, a Southern small-town prosecuting attorney called his first witness, a grandmotherly, elderly woman to the stand.  He approached her and asked, "Mrs. Jones, do you know me?"

She responded, "Why, yes.  I do know you, Mr. Williams.  I've known you since you were a boy, and frankly, you've been a big disappointment to me. You lie, you cheat on your wife, and you manipulate people and talk about them behind their backs. You think you're a big shot when you haven't the brains to realize you'll never amount to anything more than a two-bit paper pusher.  Yes, I know you."  The lawyer was stunned.

Not knowing what else to do, he pointed across the room and asked, "Mrs. Jones, do you know the defense attorney?"

She again replied, "Why yes, I do. I've known Mr. Bradley since he was a youngster, too.  He's lazy, bigoted, and he has a drinking problem.  He can't build a normal relationship with anyone, and his law practice is one of the worst in the entire state.  Not to mention he cheated on his wife with three different women.  One of them was your wife. Yes, I know him." 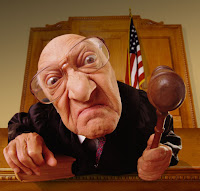 The judge asked both counselors to approach the bench and, in a very quiet voice, said, "If either of you idiots asks her if she knows me, I'll send you both to the electric chair."

Hey folks! I think I'm going to fire up the ol' blog again. It's been a nice riding season already (and it's only April!) and I'd feel selfish if I didn't share it with all of you.

I'll be honest, life's been good, and I wish I could spin out some really fascinating tale of kidnappings and top secret espionage but... that's not gonna happen. Sorry. The truth is, I didn't realize just how bad this blog was going to suffer when I set some New Year's resolutions way back in January. Geesh!

None the less, I'm back and I hope to rekindle your interest in my drivel.  There have been several birdies in my ear letting me know that I've been missed, so with that being said, let's go!
I've been enjoying the Boy while logging the miles... one breathless landscape at a time.  That's one thing that has not stopped!  In fact, this past Saturday, somewhere along the Talledega Scenic Highway, Harley and I noticed this busy little bee during one of our rest stops.
He was big!

We saw several other riders out and about, so it was a very wavy day.
We logged about 280 miles on the bikes while riding on Mt. Cheaha Saturday.  With the temps lingering in the low 70's by lunch time, it was a wonderful way to spend my day... taking notice of the beautiful playground my Creator made for me.
Life is Good! 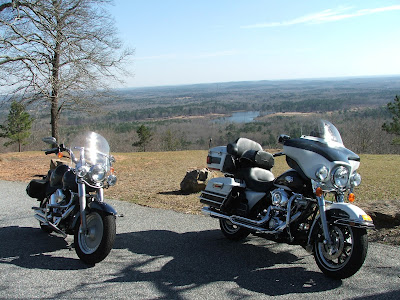